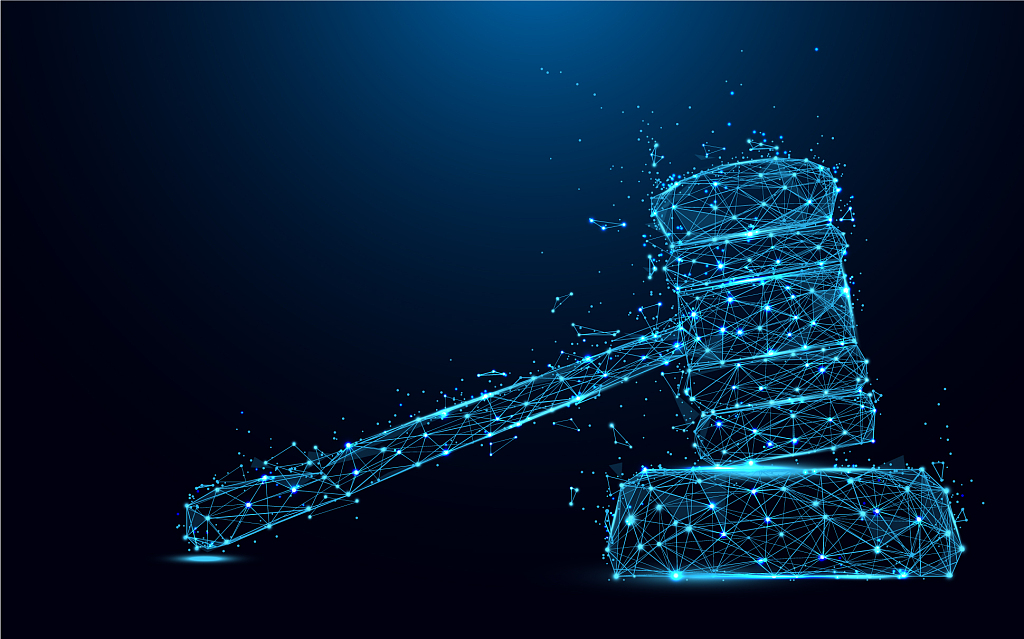 people's courts utilized information technologies to facilitate the construction of smart courts, so as to satisfy the diversified judicial needs of the public. (photo: vcg)

over the past decade, people's courts have utilized information technologies to facilitate the construction of smart courts, so as to satisfy the diversified judicial needs of the public, according to the supreme people's court of china (spc).

to provide a round-the-clock service, the spc has launched an online service platform that covers more than 3500 people's courts at four levels nationwide. with a smart phone, litigants can log in the wechat mini-program called "people's courts online services" to apply for case filing, online mediation and other judicial activities with detailed guidance provided.

by september 2022, the platform had more than 13 million real-name registrants, received more than 21 million online filing applications, and delivered more than 54 million documents online, according to the spc.

with the online service, litigants only need to make at most two trips to the court to complete a lawsuit, down from about six in the past, said the spc. besides, e-courts create a more accessible judicial system for individuals in rural areas who would otherwise travel for hours or days.

case information is digitalized once it is filed, and with application of big data, cloud computing, artificial intelligence and blockchain, the information systems of smart courts realize data interconnection and support coordination.

for judges and clerks, intelligent tools, such as automatic filling of information and automatic transcription of trial, have reduced the administrative work by more than 30 percent and increased trial efficiency by more than 20 percent.

the smart system can also identify cases with similar characteristics and help judges to make judicial decisions in a more standardized and consistent way. outlier decisions will be marked for further inspection, and every step leaves a footprint on the process, which can better monitor judges and safeguard justice.