foreign experts are watching the pictures that show the stories of how ordinary people in china strive for better life. (photo: zhou weihai / s&t daily)

an exhibition, themed “forging ahead in the new era,”is being held at the beijing exhibition hall, showcasing china’s achievements and development over the past 10 years. on october 27, a group of scholars and experts from around the world visited the exhibition. some of them shared their feelings and views about the exhibition with science and technology daily. 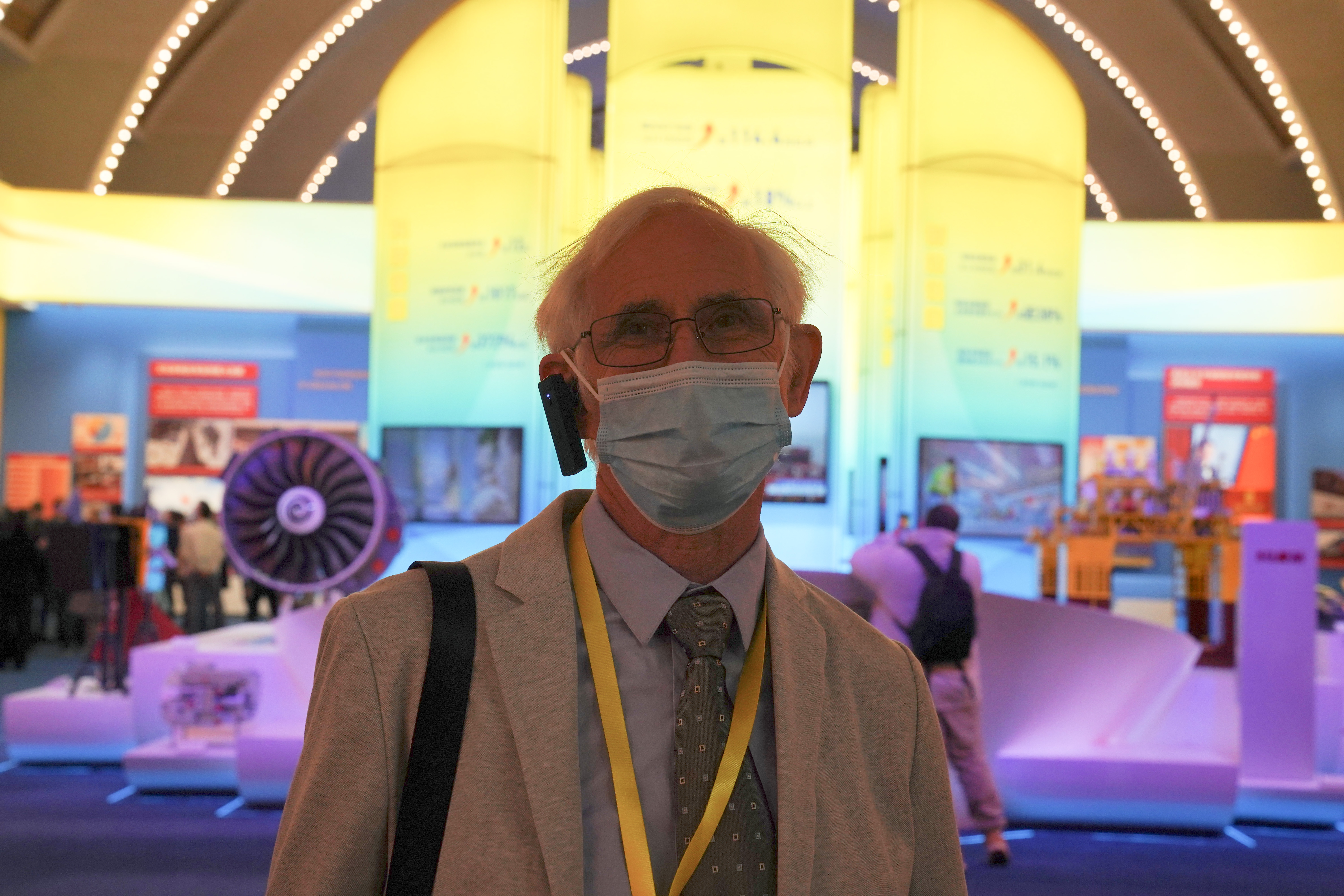 the whole thing is awesome. what i have seen is that china's development in politics, economy, and humanity is unprecedented.

for me, the technology is meaningless without a focus on the people as we need to think about how people can benefit from it. in the exhibition, i am very interested in and impressed by china’s poverty alleviation work, as i see the connection between the living standards of individuals and the technology that makes it possible. that's amazing to think about.

as for china’s belt and road initiatitve, it's a vision which in a sense benefits all countries. when taking how to govern the planet into consideration, china's vision and china's words at least give us a potential to think about how we decide our future and how we build it.

the challenge for china is to use its influence to turn those paper ideas into political realities. i think that's really exciting. but i believe china's rhetoric, language, thinking and its emphasis on community rather than individual can bring about change. professor at university of china in beijing

i've just been through this wonderful exhibition that talks about not only the past, but the present and the future. the areas on display were demonstrations of work in medical care, space exploration and application of science principles to agriculture. virtually every aspect of life is extraordinary.

what's particularly important in china is all of them are connected. in the context of poverty alleviation, china has made improvements in housing, the ingredients of food production, and expanding educational opportunities. it all goes side by side and hand in hand, and one leads to the other.

the belt and road initiative is an extraordinarily impressive and important program. china is there to build a more positive and more developed society. and the country wants to make some of what it has gained through this initiative available to other countries as well.

professor at institute of geology & geophysics, chinese academy of sciences

the exhibition is very informative and comprehensive, but above all, it is inspiring.

as a geoloinstitutegist, my personal favorite moment is seeing the chang'e-5 lunar soil that my institute made great findings with. but seeing all the landmarks in the recent years makes me even more excited to work here in beijing.

china has made great progress on the moon and mars. now we have a moment in history where our two countries are not only working together on earth. i am looking forward that china and the u.s. can work together on other planets. to me, that will show a new level of cooperation. associate professor at university of science and technology beijing

it's pretty clear that china is a leading country in the world right now in many sectors. china is opening new fields and really making impressive advances.

communication with 5g is working everywhere and pretty fast. in my university, we had a master's student who developed and created robots to carry out archaeological work, which was absolutely impressive. science and technology is changing the way in which we do archaeology. teacher at university of international business and economics

china’s technological development impressed me the most. for example, china is investing a lot in green energy. the country now ranks first in the production of electric vehicles.

china is also making great efforts using technology to alleviate poverty. the technology is helping people have a better living environment as i learned that people living in the villages can have access to more resources like electricity, water and infrastructure.

another thing that i have learned during this exhibition is what china is doing for international cooperation. i think the belt and road initiatitve is a really good opportunity to improve the relationships with other countries, such as those in latin american, to increase the level of international trade and some foreign investments.

this year, we are celebrating the 50th years of diplomatic relations between china and mexico. it's a good chance to develop a better relationship between the two countries. i know there are many chinese companies investing in mexico, especially in the vehicle industry. they are constructing many factories in mexico. besides, there are some of them are also investing in the infrastructure sector, for example, helping to construct some subway lines in mexico. this kind of infrastructure transportation will be of great help to local people. maths teacher at the university of international business and economics